The Membership Model: A New User Paradigm in Enterprise IT

As a salesperson, your Salesforce.com account belongs to your employer; you cannot take it with you when you leave for another job. Historically, enterprise software user accounts existed entirely within the scope of a single employer; Salesforce.com is one such example. Software sold on a per-seat, license-maintenance revenue model is almost entirely structured in this way. We’ll call this the ownership model.

Now, however, a new model is emerging. Unlike in the ownership model, enterprise software user accounts have the potential to outlast any single job. Instead, individuals maintain their own unilateral relationships with enterprise software providers while adopting a more temporary relationship with employers. Examples here include Dropbox, Github and even LinkedIn. For Github, individuals create a single account, which they own indefinitely, regardless of which organizations (employers, open source projects, etc.) they may join and depart over time. We’ll call this the membership model, in which users of enterprise IT interact with employers in much the same way as Facebook users interact with Groups.

For a great example of the membership model in the while, take Github’s explanation of its own model:

This example is largely representative of the membership model in general.

Visually, you can think of the two models as follows: 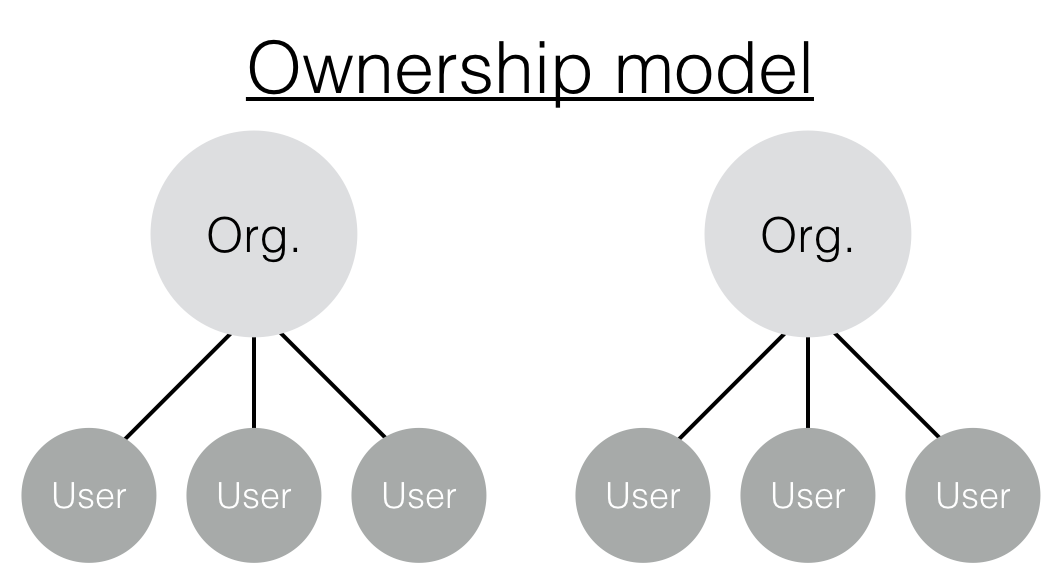 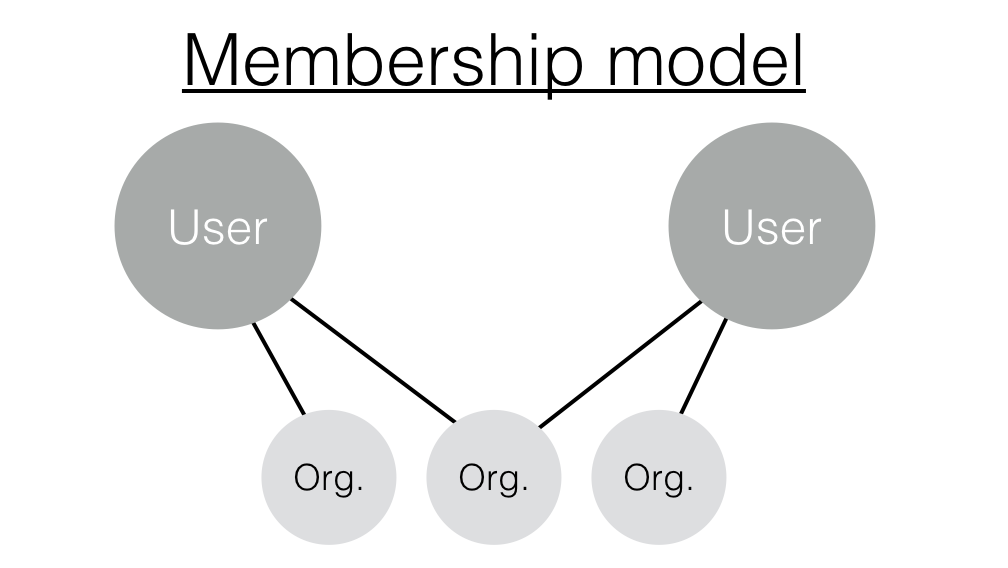 In the ownership model, users cannot exist without a link to a single organization, whereas in the membership model they may create and sever links at will. We can think of this linking dimension as follows:

Why is this happening?

The emergence of the membership model has been driven by a mix of interrelated factors, a few of which include:

What does it mean?

As a result, those developing software for the enterprise should consider the following when adopting a membership model:

I believe the membership model will become increasingly prevalent in the enterprise, and developers would do well to begin grappling with the opportunities and challenges it presents.

—–
Note: This blog post was heavily inspired by another blog post on Github’s organization model which, for the life of me, I have not been able to re-find. If you know it, please comment below and I will add a link here.

The Membership Model: A New User Paradigm in Enterprise IT